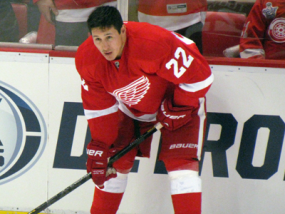 93
0
by Clark Rasmussen
In General News

The Detroit Red Wings announced on Wednesday that they have placed forward Jordin Tootoo on waivers. If he goes unclaimed by noon on Thursday, the team will use their remaining salary cap compliance buyout on him.

Tootoo has one year at $1.9 million remaining on the three-year contract he signed during the summer of 2012.

In 42 games during the shortened 2013 season, Tootoo scored three goals and added five assists while racking up 78 penalty minutes. He spent most of the 2013-14 season with the Grand Rapids Griffins, appearing in only 11 games for Detroit with one assist and five penalty minutes.