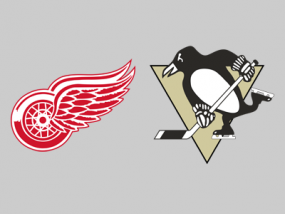 It’s been awhile since the Red Wings finished off their slightly-incredible 5-4 OT win over the Pittsburgh Penguins and I’m still not entirely sure where I want to start my postgame notes.

I guess let’s get David Legwand out of the way. His butt-ending penalty in the closing minutes of regulation is one of the stupidest things we’ve seen from a Red Wing in a long time. He absolutely deserved the penalty and probably deserves a couple games of suspension as well. It’s just a stupid, stupid play that there’s no need for.

On a happier note, the game winning goal… This is the kind of goal that has killed Detroit so many times before. Ill-timed, wacky bounce, cannot believe that just happened kind of stuff. But it really summed up the entire game, as with two goals already having gone in off the Pittsburgh defense, a third almost was just appropriate.

But there never would have been a chance for that if not for the fantastic penalty kill effort late in regulation and early in overtime on Legwand’s major penalty. Luke Glendening in particular was a beast.

With the win, at least for now the Red Wings are back in the playoff picture in the Eastern Conference. I’ve written the team off but they refuse to give up.