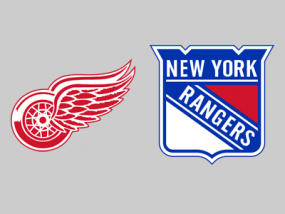 75
0
by Clark Rasmussen
In General

I’ll start with the game-winner… Kyle Quincey pinching and getting burned is the kind of thing we’ve come to expect from him. It’s stupid for many reasons and his inability to get back to make up for it just adds to it. That said, it would have been harmless had Danny DeKeyser not come across the ice to cover for him. DeKeyser plays that as a normal two-on-one and just cuts off the pass? Twelve seconds later it’s a shootout.

I hate it when defensemen don’t play the two-on-one properly but I hate it when Kyle Quincey makes rookie mistakes, too. Just an ugly play all around. And the stupidest thing is that if Quincey had done what he usually would do and hauled down Pouliot, it’s a Rangers power play for 15 seconds and we probably go to a shootout.

So that goal wastes a fantastic effort by Jimmy Howard. Howard stops 37 of 40, including some great stops in the second when the team was under siege. He is not the problem with this team.

Allowing 40 shots and getting only two goals against a team that is at the end of an epic road trip, missing several key players, and starting a backup rookie goalie… Well, that sounds more like the Red Wings than I’d like. This is a team that has a history of making backup goalies look good. Cam Talbot made 32 stops on 34 shots and that’s a pretty good night for the kid getting his first win. Was he actually that good? Bird seems to think so but I didn’t see the Wings making him work for it. Specifically, I didn’t see a lot of lateral movement required of him. Even the awesome passing play in the third from Zetterberg to Datsyuk to Alfredsson for a chance only led to a shot by Alfredsson from an angle Talbot was already squared to.

As much as I love the Z-Pavs-Alfie line, I don’t get the idea of firing up the line blender before the game and then doing it again for the third period. There wasn’t an injury announcement, so why exactly was Bertuzzi benched for most of the third (supposedly necessitating the line juggling)? It’s not like he was the worst player on the ice at any point of the night. How did he get singled out?

I don’t know. I’m not freaking out about the state of the team yet but I’m really disappointed. It feels like the players are just not playing smart, the coaches don’t know what to do about it, and management has put the team in a position where change can’t be made (as there’s no cap space). These are the players we’re going to see this year, they’re the ones that are going to have to turn it around. We’ll see if they can.