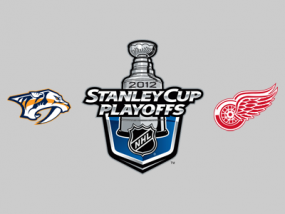 I’m not going to say I told you so, because the Red Wings losing their first round matchup with the Nashville Predators was pretty easy to see after Detroit dropped their two home games in the series earlier this week. Seeing that writing on the wall didn’t take much.

The Predators simply outworked the Red Wings for most of the series. I’d like to think of it as the Red Wings not doing enough (which is also true) but Nashville deserves credit, too. We’ll see if a Preds team that’s been built to beat Detroit can get past anyone else, but it’s not my job to worry about that.

For the Wings, the summer will be an interesting one. Mike Babcock’s stubbornness will take some heat. Would the Wings have done better with Gustav Nyquist on a top line? Ken Holland will take some blame as well, as he failed to plug the holes in Detroit’s forward units at the trade deadline, even with as much salary cap space as the Red Wings have ever had to work with.

It’s pretty clear that something needs to be shaken up. Whether it’s a new Grind Line or a top-six forward, the Red Wings didn’t have what they needed this year and it’ll need to be addressed. We’ve got a long summer to worry about that.