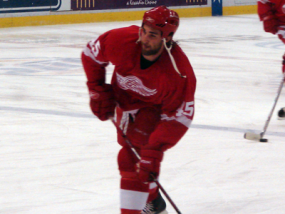 139
0
by Clark Rasmussen
In General

Quincey was originally drafted by the Red Wings in 2003. He was claimed off waivers from the Wings by Los Angeles at the start of the 2008-09 season and then traded to the Colorado Avalanche the following summer.

The Lightning acquired Quincey for forward Steve Downey earlier on Tuesday before flipping him to Detroit.

Quincey’s $3.125 million cap hit easily fits for the Red Wings, who could take on over $20 million in contracts for the rest of the season. He will be a restricted free agent this summer.

Piche was essentially a throw-in on the deal, as Detroit already had 50 players under contract and could not take on one more without moving someone. He’ll be an unrestricted free agent this summer.