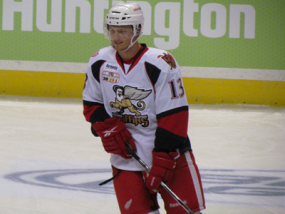 30
0
by Clark Rasmussen
In General

I haven’t touched on any of the Wings’ roster moves this week so here’s a quick recap, since a bunch more happened today…

Tuesday: With Tomas Holmstrom suffering a groin injury on Monday night in Nashville, Joakim Andersson was called up from the Grand Rapids Griffins.

Wednesday: Jan Mursak was activated from the injured reserve and assigned to the Grand Rapids Griffins for a conditioning stint.

Thursday: Tomas Holmstrom was placed on short-term injured reserve to make room on the roster for Gustav Nyquist. Nyquist was called up from Grand Rapids because Darren Helm is expected to miss the next two games with a groin injury.

So Andersson and Nyquist called up, Holmstrom and Helm injured, Mursak off IR but sent to GR.