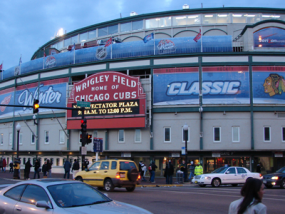 117
0
by Clark Rasmussen
In General

Early this morning, MLive’s Ansar Khan broke the news that the Red Wings expect to host one of the next two Winter Classics.

The Wings have been in “deep discussions” with the league about hosting the event, something the team has said they’ve wanted to do since the first Winter Classic in Buffalo in 2008.

The Red Wings visited the Chicago Blackhawks at Wrigley Field for the 2009 event but made it clear that their goal was not just to participate but to host an outdoor game in Michigan.

Over at The Production Line, Michael Petrella thinks that Detroit will get the 2013 game, as the New York Rangers are the other team in the mix to host a game. The Rangers play in the upcoming 2012 Winter Classic and it would be unlikely that they’d play two years in a row.

With a Detroit-area Winter Classic, two venues are possible. The Red Wings organization it likely to push for the smaller, Ilitch-controlled Comerica Park, home of the Detroit Tigers. The NHL would likely be interested in the seating capacity of Ann Arbor’s Michigan Stadium, which hosted The Big Chill at the Big House almost a year ago and set a world record for attendance of a hockey game.

Though it lessens the likelihood that I could get tickets, I have to say that I lean towards supporting a Comerica Park game. I’m not a fan of Michigan Stadium, especially after The Big Chill. Maybe I’m just getting old but but it felt like that game was much more uncomfortable than the Wirgley Field game, even though the weather was comparable.