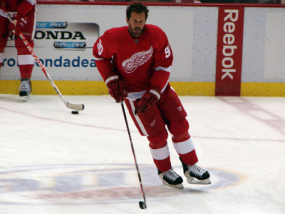 After a long summer of thinking about my future, I’ve come to the decision that it’s time to retire as a player from the NHL. There’s way too many people to thank here at this time and too much to say, so I have a press conference scheduled for early Friday afternoon. Check back Friday late afternoon for more. What a great ride it’s been!

Modano retires as the all-time leading American scorer, having played in eight All-Star Games, three Olympics, and a winning a Stanley Cup Championship in 1999 with the Dallas Stars.