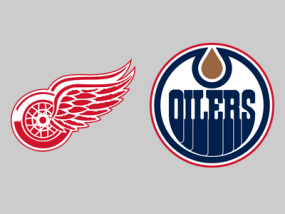 H2H2 is here so I’m kicking off today’s gameday thread before heading down to Hockeytown Cafe for the pre-game party.

As per John Keating via Twitter… Doug Janik, called up from the Grand Rapids Griffins after Brad Stuart missed practice yesterday, has already been sent back down as Stuart will be able to go tonight. Good news for a Detroit blueline that’s already missing Brian Rafalski (Khan says he’s aiming to return next Wednesday but would play now if it were the playoffs).

Jimmy Howard gets the start.

The Oilers are missing a bunch of their stars (Hall and Gagner are both out for the season) and sit last in the league, so they’ll be looking to play the spoiler tonight.