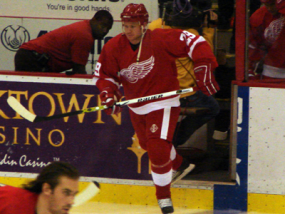 After watching five players leave their team during the first month of free agency the Detroit Red Wings made their second move in three days on Thursday, signing forward Jason Williams to a one-year deal.

Williams broke into the NHL with the Red Wings in 2000 and was with the team until a 2007 trade that sent him to Chicago for Kyle Calder. Since then he has also spent time with the Atlanta Thrashers and the Columbus Blue Jackets.

Williams is the second forward the Wings have signed this week, joining Patrick Eaves, who signed a one-year deal on Tuesday.