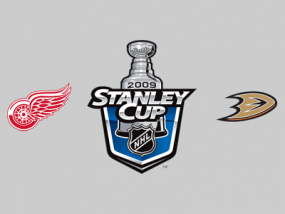 Red Wings to Face Ducks in Second Round

The Detroit Red Wings found out their second-round opponent Monday night. The Anaheim Ducks completed a six-game upset of the San Jose Sharks, advancing to face the Red Wings in the Western Conference Semifinals.

Had the Sharks managed to come back to beat the Ducks, the Red Wings would have faced the Vancouver Canucks.

The Red Wings were 3-1 against the Ducks this season but both teams made significant changes after their last meeting. Detroit “flipped a switch” at the start of the playoffs, changing their style of play with stronger defense and better goaltending. Anaheim acquired defenseman Ryan Whitney for Chris Kunitz and James Wisniewski for Samuel Pahlsson, got Francois Beauchemin back from injury, and has been getting stellar goaltending from Jonas Hiller.