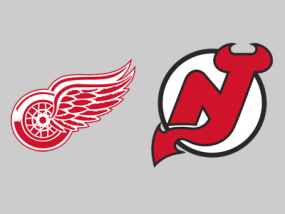 The Red Wings are back after the week they got off following their long West Coast road trip. They host a New Jersey Devils team that’s battling a whole mess of injuries.

Unless you’ve been living under a hockey rock for the last week, you’ve heard that Martin Brodeur is on the shelf for up to for months. Kevin Weekes replaces him in the New Jersey crease.

Brodeur is one of seven Devils on the IR. Also out are Paul Martin, Brian Rolston, Bobby Holik, Barry Tallackson, Pierre-Luc Letourneau-Leblond, and Andy Greene.

The Wings will still be without Johan Franzen, who hopes to return to the lineup on Tuesday.

This will be Brian Rafalski’s first matchup against his former team (the Wings and Devils didn’t play each other last season).

No player who will be in the New Jersey lineup tonight has ever been present for a New Jersey win in Detroit.