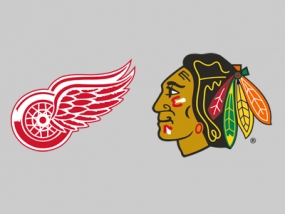 Andreas Lilja returns to the Red Wings lineup tonight after an appendectomy earlier this week. Derek Meech will be scratched to make room for him on the blueline.

Darren McCarty says he’s making his season debut tonight but there’s been no word on who would be out to make room for him.

Ty Conklin gets the start with Chris Osgood having gone last night. He’ll be up against Nikolai Khabibulin, who’s outplayed Cristobal Huet in the Chicago crease.

The jerseys for the Winter Classic will be unveiled during the first intermission.

The game is supposed to be on FSN Detroit but Comcast’s channel guide currently says college football is scheduled at that time. This is making it hard for me to set my DVR, which I need to do since I expect to miss most of the game hosting a Halloween party.