Detroit general manager Ken Holland announced today that team captain Henrik Zetterberg‘s  back condition will keep him from returning to play.  His career is over and he will ride out the final three years of his contract on long-term injured reserve.

#RedWings Holland said Zetterberg has decided he can no longer play due to degenerative back condition. Has consulted doctors and nothing they can do.

The announcement does not come as a surprise, with each update on Zetterberg’s condition over the summer getting progressively worse.

While the team will be without its leader, Zetterberg going on LTIR does solve their salary cap situation.  Additionally, the team could look to move his contract (or that of Johan Franzen, also “LTIRetired”) to a team that needs to get to the salary cap floor.

The Red Wings are not expected to replace Zetterberg as captain this season, instead rolling with three alternate captains.  Dylan Larkin will likely wear the third A alongside Justin Abdelkader and Niklas Kronwall.

The Red Wings released their 2018 training camp rosters today and with that any changed jersey numbers for players in the organization.

Unsurprisingly, July 1st free agent signees Thomas Vanek and Jonathan Bernier will wear their usual #26 and #45, with Vanek opting not to go back to the #62 he wore in his first stint with Detroit (as #26 then belonged to Tomas Jurco).

Evgeny Svechnikov appears to have switched for the second year in a row, going from the #77 he wears in Grand Rapids to the #37 he wore for his first year in Detroit.

With Svechnikov back in #37, Griffins captain Matt Ford will wear #77 in camp rather than the #79 he had last year.

Chris Terry keeps the #15 he was assigned for the prospects tournament while Colin Campbell, having lost his previous #45 to Bernier, takes the #17 vacated by the departure of David Booth.

I’d expected Tyler Bertuzzi to switch to #17 but he keeps his #59.  Maybe next year.

Pro tryout Jussi Jokinen will wear the #20 previously held by Dan Renouf while Griffins-bound forward Wade Megan has been assigned the #22 of Matt Lorito, who moved on to the Islanders organization.

Tryout Bryan Moore takes the #61 previously worn by Xavier Ouellet, who was bought out and signed with Montreal this summer.

Jake Chelios, son of Chris Chelios and signed for the Griffins, has been assigned #84.  Griffins-bound goalie Harri Sateri, who usually wears the #29 of defenseman Vili Saarijarvi, has the former #31 of Jared Coreau.

The full training camp roster is below: 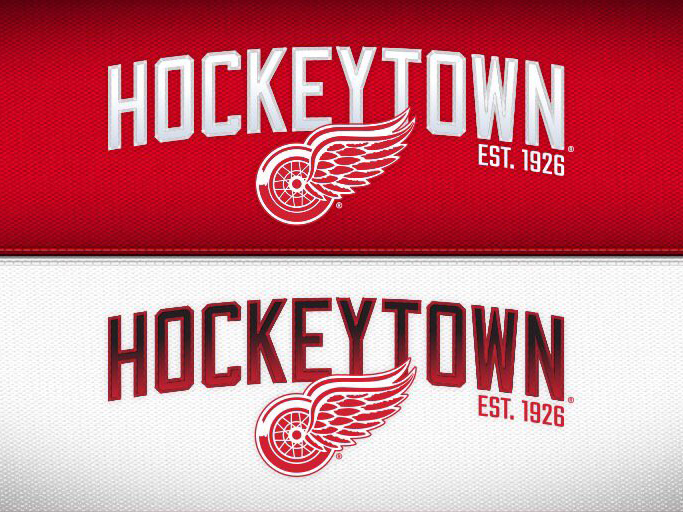 Okay, I wasn’t going to even post about this as it’s only Red Wings news if you immediately jump into rumor-mongering, but if you interpret the tea leaves in just the right way, it’s very big news for Detroit.  So here we go…

BREAKING: Steve Yzerman told #TBLightning players in a meeting today he’s stepping aside as GM to be in advisory role, per source. BriseBois taking over as GM.

Of course, if Yzerman is leaving Tampa then he has to be coming to Detroit, right? And HSJ confirms this for us.

But that wording is… Peculiar. So let’s go back to Joe Smith on that take.

Yzerman told #TBLightning players he was heading back to Detroit but it was unclear if that meant to live (he has a family and home there) or to eventually work.

What we know is that Yzerman is stepping down as GM of the Lightning.  We know he has a house and family in Detroit.  It sounds like he’s coming back to that house.

It sounds like he’s going to spend the remaining year of his contract as an adviser to the Lightning.  Which he can do from Michigan, of course.

In the meantime, Detroit has GM Ken Holland signed for two more seasons.  He could always be fired or moved into another position and just get paid to go away, so that contract doesn’t mean too much.  It is worth noting, though, that Holland refused to step aside and allow Yzerman to take over his role back in 2010, leading to Yzerman leaving for Tampa.

Aside from the rumors that have existed since Yzerman first left the Wings that he would one day return to lead the team again, we have no evidence that

In talking to GMs, people are surprised by Yzerman news but reserving comment until they find out the details.

I was already concerned that this isn’t a professional move and that his return to Detroit is for personal reasons.  Pure conjecture on my part.  But that the GM community is surprised by this might lend credence to the idea.

The press conference announcing the move is at 4:00 PM today, so maybe we’ll know more then.

We found out two weeks ago that the Red Wings would be removing their “Hockeytown” logo from center ice at Little Caesars Arena.  At the time, center ice on the team’s practice rink still used that logo.  Today, however, we got the first look at that facility’s Hockeytown-less neutral zone.

Switching over to the practice rink to scrimmage #RedWings pic.twitter.com/IXrb88OwIu

As I said two weeks ago, I’m absolutely fine with the Hockeytown logo being removed. Seeing the updated practice rink, however, inspired me to draw up what I actually want to see the Red Wings use.

For reference, see their actual 2019 design.

The Little Caesars Arena wordmark is awkward under the best circumstances, as it attempts to blend the serifed, outdated Little Caesars text with a sans-serif, lowercase font for “arena” (followed by the arena logo itself).  Having that wordmark straddle the red line makes it worse.  To fix this, I take the “top” version of the arena wordmark, spin it 90 degrees, then copy that (rotated 180 degrees) to the opposite side of the faceoff circle.

All last season I found the “Little Caesars” text to be distracting, as it’s the brightest thing on the ice at LCA, and my change could help with that by having those two orange blobs of text on opposite sides of the circle.

Inside the circle I go with dual Winged Wheel logos, as the team used for much of the time prior to the Hockeytown logo.  While the logos themselves are enlarged to reflect how a modern center ice is usually filled with paint, I think this still gives a retro feel.  I also think that the Winged Wheel is too short and wide to be used across center ice as the team is now doing.

I don’t expect the Red Wings to do this, I just think that if they’re changing things up, this is what they should do.