Last night was the second time this season that the Red Wings rode their goalie to a win and I’m trying to decide if I’m worried about it or not.

Sometimes you need your goalie to steal one.  That’s not good but it happens.  Jimmy Howard did it in New York last week and Petr Mrazek did it in St. Louis last night.

Is it a sign of a bigger problem?  I’ve said for years that I think this team (especially the defense) is duct-taped together, and games like this one show that a bit more than others.  But every team – even ones without duct tape – has games like that over an 82-game season.

That said, two in the first two weeks is a little worrisome.  Of course, they came against two teams that are expected to be very good.

At the start of the season, I didn’t think the Red Wings were going to be very good.  Eight games into the campaign, they’ve rattled off a six-game winning streak.  I don’t know if it’s sustainable, but I think they’ve earned a little bit of the benefit of the doubt for now.

So I’m not worried about it.  Still a worried about the team as a whole, but relying on Petr Mrazek a bit too much last night can be forgiven.

Six days after the Red Wings handed the Blues a 5-1 loss in St. Louis, the teams are back at it for their fourth of five meetings on the season, this time back in Detroit.

Morning after thoughts on the Red Wings home-opening 5-1 win over the Ottawa Senators. 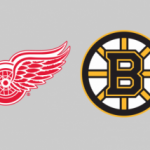 Some thoughts about good games, good outcomes, and where they fit in the Red Wings' season.