After publishing my post explaining why I’m not excited about the start of this season, I went outside and mowed my lawn, which gave me more time to think.  A dangerous thing.

I started mentally re-working the Red Wings’ roster, imagining a lineup featuring none of Detroit’s summer free agent signings or re-signings.  This is what I came up with:

Those lines are based on the ones the team practiced with today, so they can be shuffled however you want.  The important thing is the 13 forwards.

Yeah, not having Frans Nielsen and needing to move Zetterberg back to center hurts, but look at the opportunity on that lineup.  That’s Mantha, Athanasiou, and Pulkkinen getting top-nine (none of this top-six, bottom-six nonsense) minutes.  That’s Glendening still centering a line of grinders, just as he is now.

This roster also includes an effort to fix the Red Wings’ defense.  While the same blueliners make the team as did in reality (which is why I didn’t specifically note them), there is an additional defensive prospect in the system.

Chychrun made Arizona’s opening night roster but I have no expectation that he’d do the same in Detroit, given the Wings’ logjam.  That said, two years down the road you can expect there’d be room for him, the kind of player Detroit has been unable to sign as a free agent or trade for.

I know that I’m looking at it with 20/20 hindsight.  At the time Datsyuk’s contract was traded, no one could have known whether or not Steven Stamkos would hit the open market and the Red Wings felt that they had to be prepared for that.

That said, it’s hard not to look at what might have been and wonder. 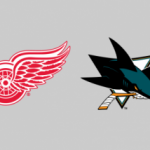 Pavel Datsyuk returns to the Detroit lineup tonight as the Red Wings host the San Jose Sharks. Datsyuk has missed all 15 games this season recovering from offseason ankle surgery. He'll slot in on the top line with Henrik Zetterberg and - fresh off his seven year contract extension - Justin Abdelkader. The full forward lines are as follows: