Twenty years ago tonight, I started the site that would become DetroitHockey.Net.

It’s a little overwhelming to write that.  Part of me feels like the site should be something more than it is by now.  Another part of me is glad that it isn’t.

I didn’t plan on doing this for so long.  YzerFan19’s Detroit Red Wings Page – as it was originally known – nearly died twice due to technical issues that first year, the season of Brendan Shanahan‘s arrival in Detroit and the Red Wings’ first Stanley Cup in decades.

I don’t know what I’d be doing today if the site hadn’t made it out of its first season.  YzerFan19’s Detroit Red Wings Page became DRW Central, which became drwcentral.net, which led to my first job in software development.  I just happened to be building a news management system for the site when a group at Michigan State was looking for someone to do that.  This site directly led to the start of my professional career.

Over the last year a lot has changed here.  I got rid of a lot of that custom code I wrote over a decade ago.  In the world of WordPress, it doesn’t make sense to custom develop a one-off piece of blog software.  I got rid of the site forums because forums don’t get used as much as they used to.  I spun the fantasy hockey section off into its own site.

I also decided to change the focus of my writing.  I’m going to write more opinion pieces this season and fewer soulless recaps.  I’m going to let myself babble endlessly about the identity of the new Las Vegas team because I like sports branding.

Maybe I’ll finally build that storefront I keep talking about.  Maybe I’ll get around to reworking the multimedia section of the site.

It’s been twenty years and I’m still finding ways to have fun with this.  That’s the goal, right?

Commemorating the twenty-first anniversary of DetroitHockey.Net. 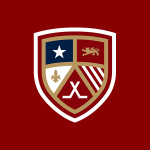