Xavier Ouellet is back in Grand Rapids and Mattias Backman has returned to Sweden. For the time being, the Red Wings’ logjam on the blue line is resolved. Seven defensemen in Detroit, seven with the Griffins (Scott Czarnowscan was called up from Toledo when Ouellet was brought to Detroit).

That the Red Wings aren’t icing the best lineup they can right now is irrelevant. That one of their prospects is now disgruntled is as well. There is now a spot for everyone, that’s all that matters, fixing it is a problem for the future.

So let’s look at that future.

That means that Niklas Kronwall is back. And Jonathan Ericsson. And Kyle Quincey. And Danny DeKeyser, and Brendan Smith, and Jakub Kindl, and Brian Lashoff. Ouellet and Ryan Sproul and Alexey Marchenko and Nick Jensen. Evans and Paetsch and Backman. Richard Nedomlel, currently in Toledo.

Joe Hicketts, who just made the Canadian World Junior team? He’s probably turning pro. Marc McNulty? Mitch Wheaton? Ben Marshall? James DeHaas? Not under contract yet but very well could be by next year.

The Red Wings have zero unrestricted free agents on defense next summer. Their two RFAs are Smith and Jensen, both of whom will return. In short, there are exactly as many roster spots available throughout the organization next year as there are right now. And in all likelihood there will be even more players fighting for them.

Without the Red Wings making a trade – dumping one or more players – their current roster crunch isn’t getting any better until at least the summer of 2016. That’s one more full season before there’s even a roster spot in Detroit available, which means another full season before there’s even a spot in Grand Rapids available, which means the Wings are dumping their prospects straight to the Walleye.

Or back to Sweden, in the case of Backman, ’cause why should he stick around for that?

I’ve been among the crowd clamoring for the exit of Jakub Kindl (and, to a lesser extent, Brian Lashoff) as a means to clear up the logjam. At varying points the Red Wings have said they’re trying to move Kindl but just how hard they’re trying is up for debate, as the Carolina Hurricanes just managed to get a sixth round pick back for Jay Harrison while Kindl remains in Detroit.

All three of these reflect poorly on Detroit.

If the Wings want more for Kindl than anyone is willing to give, then they’re overvaluing him and are no better than the Buffalo Sabres asking for Anthony Mantha for Tyler Myers. This is an addition by subtraction move, stop worrying about the return.

If the contract is the issue, it means the Red Wings gave him a contract that no one else would have.

If no one is interested, then Detroit continues to employ a player that no other team wants. 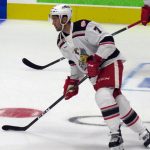 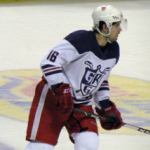 On the State of the Logjam

A look at the Red Wings' blueline depth throughout the organization, in the context of the seemingly-traditional logjam.