I don’t usually do daily notebook-style posts but there were a few items of note worth mentioning today.

Roster Moves
After demoting center Landon Ferraro to the Grand Rapids Griffins overnight last night, the Red Wings called up forward Mitch Callahan today. It’s still unclear whether or not Callahan will play on Tuesday against the Columbus Blue Jackets. If he does, he’ll be the first Red Wing to wear number 57.

The Wings also assigned defenseman Max Nicastro to the Griffins from the Toledo Walleye and the Griffins signed Detroit prospect MarcMcNulty to a try-out contract.

Nyquist Named First Star
The NHL named Detroit forward Gustav Nyquist its first star of the week. Nyquist scored six goals and added an assist as the Red Wings went 3-0-1 over the week.

Babcock Approaching Record
Detroit head coach Mike Babcock is approaching a record and I’m not seeing anyone making note of it. Babcock currently sits at 409 regular-season wins as head coach of the Red Wings, only one behind Scotty Bowman‘s 410 for second-most in franchise history. Jack Adams sits at first overall with 413. With five more wins, Babcock becomes the all-time winningest coach in Detroit history.

Lewis Out as Wings' Coach

Detroit Red Wings general manager Ken Holland announced Friday that Dave Lewis would not return as Detroit's head coach for the expected 2005-06 season. While no replacement was named, it appears highly likely that the Red Wings will hire former Anaheim head coach Mike Babcock, who turned down an offer from the Mighty Ducks for a one-year deal on Thursday. 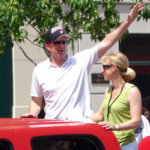 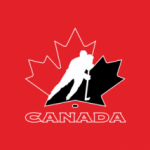