The host Red Wings defeated the prospects from the Buffalo Sabres, 4-2, in a rematch of the 2011 championship.

Mantha got things started with a power play goal with just 1:18 remaining in the first period and extended Detroit’s lead only 29 seconds into the second.

Frederick Roy pulled Buffalo back to within a goal at 3:22 of the third before Nastasiuk put the Red Wings back up by a pair at the period’s midway point.

With 7:13 remaining the Sabres pulled back within striking distance on a goal by Peter Trainor.

Jurco scored into the empty net in the game’s final minute to secure the win.

Undrafted free agent signing Jared Coreau got the win in goal for Detroit, stopping 23 of the 25 shots he faced for his second victory of the tournament. Nathan Lieuwen took the loss for the Sabres with 36 saves on 39 shots. 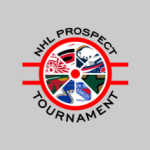 The Detroit Red Wings announced on Thursday the cancellation of their annual prospect tournament at Traverse City's Centre Ice Arena.

The Detroit Red Wings had said they wanted to find forwards to add to their prospect stable in the 2013 NHL Entry Draft and they stuck to that plan on Sunday, with six of their eight selections playing one of the forward positions.