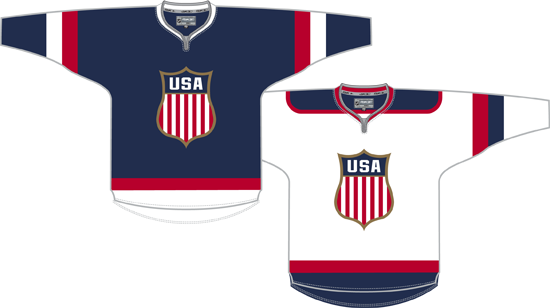 As I’ve said on Twitter today, I’ve tried writing this post several times and have stopped myself for various reasons.

I don’t want to bring politics to DetroitHockey.Net but sometimes the sports world reaches out into bigger issues, as it has with athletes commenting on Russia’s anti-LGBT laws in advance of the Sochi Olympics next February. Last weekend we had Henrik Zetterberg speaking out against the legislation to much fanfare. Today we got comments from Pavel Datsyuk; comments which weren’t as well-received.

My position – I am Orthodox. That says it all.

By deferring to his religion, Datsyuk seems to be in support of laws that deny a portion of the Russian population what many consider to be basic human rights.

Is that truly what Datsyuk believes? If so, is it somehow “okay” in the context of religion? Or did he only say it as a political move, as not toeing the party line could lead to his being left off Team Russia for the Olympics?

Over at Winging it in Motown, J.J. from Kansas had a nice piece on his reaction, most of which I agree with but specifically this:

Personally? I’m disappointed to learn about this. I’m not angry and I don’t suddenly dislike Datsyuk, nor do I agree with any charge that any kind of moral code requires me to answer a judgment with a judgment. I wish I knew that Datsyuk didn’t agree with the head of his church when it comes to gay rights. I don’t wish he weren’t religious nor do I think that his being religious or even being a member of a church which promotes an agenda with which I disagree makes him a bad person.

Barry Petchesky at Deadspin asks this:

Do we really only want to hear about our athletes’ ideologies if they agree with our own?

I’m saddened that one of my favorite Red Wings seems to disagree with my personal worldview but I think it’s naive to assume that everyone I root for would have the same opinions or morals or ideology or whatever as I do.

Look around the NHL and you’ve got Florida prospect Rocco Grimaldi, who I would call a religious nutjob. Tim Thomas spent a year hiding in his Colorado bunker (a slight exaggeration, perhaps). Dany Heatley actually got a guy killed. Todd Bertuzzi nearly did.

The Wings alone have probably twenty prospects who won’t shut up about music that I can’t stand.

Whether it’s a big issue or some stupid little thing, we don’t have to agree with the players we support on the ice. If we knew more about all of the players we’d probably like them a lot less.

So, yes, I’m disappointed. No, it won’t stop me from rooting for him. I’d love to debate the issue with him but mostly I wish it was a non-issue so we didn’t feel the need to talk about it.

As per team policy, financial terms of the deal were not formally announced. Reports immediately following the signing stated that the deal will carry a $950,000 salary cap hit.

In forty career NHL games across two seasons with the Red Wings, Nyquist has four goals and nine assists. He added two goals and three assists playing in all 14 of Detroit’s 2013 playoff games.

Nyquist was the last of the Red Wings’ free agents left to sign. The team had already brought back Joakim Andersson, Brendan Smith and Drew Miller while adding Daniel Alfredsson, Stephen Weiss and Luke Glendening. Carlo Colaiacovo was a compliance buyout while Ian White, Damien Brunner and Daniel Cleary were not brought back.

Detroit now has sixteen forwards on the roster heading into training camp. It is expected that two will be waived or traded to get the team down to fourteen forwards, seven defensemen and two goalies in time for the start of the season.

I’ve had a blank editor window open since news broke last night that former Red Wing Shawn Burr had died after suffering massive head injuries from a fall in his home, waiting for words to come to me that would sum up what it meant in some nice little way.

That’s not going to happen, of course. Can’t blame me for trying, though.

Burr was one of the first Red Wings I remember. Growing up with the team in the mid- to late-1980s and into the early 1990s, it was all about Steve Yzerman, Gerard Gallant, Bob Probert, Joe Kocur and Shawn Burr. Without Gallant or Probert or Burr (but with Kocur back after stints with the Rangers and Canucks) the Red Wings finally found their way to the top of the league but those were the guys we watched pull the team out of the “Dead Wings” era.

The people who actually knew him talk about his laugh, his presence in the dressing room. To me he was just toughness personified in a way different from Probert and Kocur. A guy who looked smaller than his height but played bigger than it.

That it was a head injury that finally did him in after a three-year fight with cancer seems a cruel twist. Last night I said the following via Twitter:

Survive cancer for 3 years only to fall down a flight of damn stairs. The fates had to be pretty damned determined to take a guy like Burr.
— Clark Rasmussen (@detroithockey96) August 5, 2013

Burr was never less than certain he was going to beat his cancer, at least publicly. Though some will speculate it was what weakened him enough to make his fall happen, in a way he did beat it in the end. Call it hyperbole if you want but it reminds me of the quote about President Theodore Roosevelt:

Death had to take him sleeping, for if Roosevelt had been awake there would have been a fight.

Silliness in the face of sadness: Burr, Probert, Vladdie, Chiasson… Damned if the Wings don’t have the most tragic NHL94 roster.
— Clark Rasmussen (@detroithockey96) August 5, 2013

And McCrimmon. Worse than I thought.
— Clark Rasmussen (@detroithockey96) August 5, 2013

Andersson made his debut with the Red Wings during the 2011-12 season but established himself in the lineup with Darren Helm injured during the 2013 campaign. In 38 games mostly spent centering the third line, Andersson had three goals and five assists for eight points. He added another goal and four assists playing in all 14 of Detroit’s playoff games.

With Andersson’s signing the Red Wings have only Gustav Nyquist left to sign of their restricted free agents. Unrestricted free agents Damien Brunner and Ian White are not expected to return to the team, while Daniel Cleary‘s return depends on the team’s ability to move salary during the exhibition season.

The Detroit Red Wings announced on Thursday that they will raise Nicklas Lidstrom‘s #5 jersey to the rafters in a pre-game ceremony before their March 6, 2014, matchup with the Colorado Avalanche.

Lidstrom’s number had been slated to be raised during the 2012-13 season. With the loss of the first half of that season’s schedule due to the NHL’s lockout of its players, the team held off on rescheduling the ceremony so that it wouldn’t be rushed.

Lidstrom played his entire 20-season NHL career with the Red Wings before retiring in the summer of 2012. He won the Norris Trophy as the league’s best defenseman seven times in his career, was named to play in eleven All-Star Games, and was the most valuable player of the 2002 Stanley Cup Finals.