Should the Red Wings lose tonight, expect to see a lot of comments along the lines of “For a rebuilding year, just taking the Blackhawks to Game Seven should be considered a success.”

Yes, that this Red Wings team has come this far is something to take as a small victory. For large portions of the season, including the last two games, Detroit has not been a good team. Without a great run to close out the season, they wouldn’t have even made the playoffs, so to have upset the second-best team in the West and to take the league’s best team to a Game Seven is admirable.

We shouldn’t mistake Detroit’s reliance on youth to make that run as rebuilding, however.

Brian Lashoff made a home for himself on the Detroit blue line this season. Gustav Nyquist and Joakim Andersson established themselves on the team’s third line. Justin Abdelkader improbably found his way to the top line. Brendan Smith finally found his way into a regular spot on defense.

And most of that only happened because of the ridiculous number of injuries the team suffered this season. Only Smith’s spot in the lineup was planned last summer.

A rebuilding team doesn’t sign Carlo Colaiacovo on what should have been the eve of training camp. Lashoff would have been allowed to earn the spot he inherited when half of Detroit’s blue line was injured within the first three games of the late-starting regular season.

A rebuilding team unloads expiring contracts at the trade deadline, getting whatever value they can for players who won’t be back next season. This means Daniel Cleary is gone. Ian White is gone. Even Valtteri Filppula is probably moved.

Whether it ends tonight or not, Detroit’s run this postseason has been impressive. 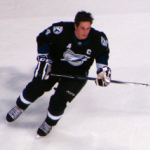