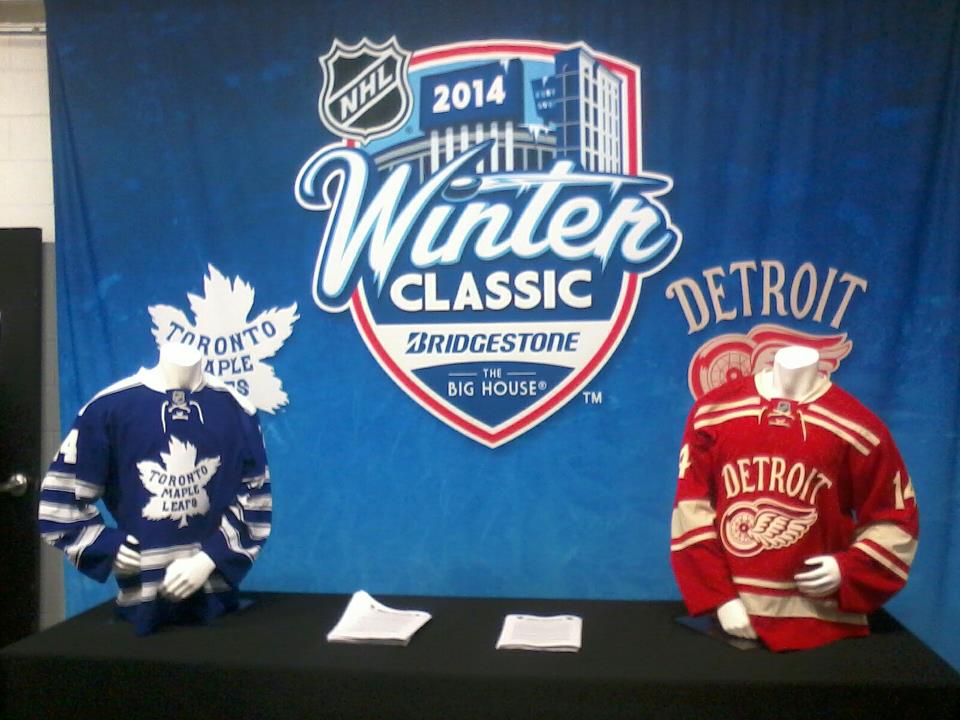 That’s right once again the NHL has announced that the Detroit Red Wings will play host to the Toronto Maple Leafs for the next Winter Classic.

During the 2012 Winter Classic there was almost as much if not more hype for the 2013 game as the in action game.

Now we are sitting here after yet another NHL lockout and fans are not as excited as they once were.

A feeling of complacent among the fan bases. Bloggers have already written about the game and that new hype and excitement is gone.

NBC has been posting record or near record viewership for its national broadcast games since the lockout; however, will what was suppose to the NHL’s finest hour be all that is was originally hyped to be? Or will it now fall flat?

The lockout took the wind out of the sails of the Winter Classic; and NHL hockey in general, for many that I see day-to-day. During the lockout they did turn to other leagues and though many have watched NHL games on tv they are not as quick to make the drive downtown Detroit to catch the game in person.

Just as the lockout was not fair to the cities it affected with negative economic impacts it would not be fair to hurt these areas further.

Ann Arbor, Michigan will see in the influx of hockey fans, media and individuals just looking to be part of something big –
history.

The Big Chill at the Big House on December 11th 2010 (12-11-10) set the current world record for attendance at a hockey game at 104,173 when hosting University of Michigan took on rivals Michigan State University and shut them out in Michigan
Stadium (The Big House).

I can remember sitting in the press box for the game and even then the talk was: The NHL will out do this one day.

Sunday morning sitting on the ice at Joe Louis Arena I got to hear U of M head coach Red Berenson say what we all were thinking then. That the NHL will make it bigger and better and the players, fans and coaches will enjoy themselves being part of history.

Michigan Stadium sits roughly 44 miles from Downtown Detroit (driving distance). Sure the Winter Classic would being in some economic support for the city; however, thanks to the ownership in Detroit the city will see two weeks of events downtown.

Local High school teams, Sledge hockey, the AHL, the OHL, NCAA and the NHL double header alumni game between Maple Leafs and the Red Wings alumni have already 20 Hockey Hall of Fame players signed up to be there.

Two weeks of hockey will be celebrated in downtown Detroit, bars, restaurants, hotels and casinos will hopefully get back all that they have lost; and more.

Fans are still hurt over the lockout. Many said they would not return; many of those still have. It is a process of healing after once again being hurt by a league so many give so much time and pride to be involved with.

Hockeytown will be center stage as two storied Original Six teams once again become division rivals and hockey fans move on with the NHL into another post lockout era.

Kicking this off now so I don't have to worry about it in the morning. Let's get the lineup stuff out of the way first...

The Games That Weren't is one of many projects simulating the games lost by the NHL lockout. In the absence of actual games to write about, I'll be checking in periodically on the fictional Red Wings' season.