As the National Hockey League’s lockout of its Players’ Association continues, the league announced the cancellation of all games through December 30th on Monday.

All games through December 14th had previously been cancelled. Also lost are the 2013 Winter Classic, to have been held at Michigan Stadium in Ann Arbor, and the 2013 All-Star Game hosted by the Columbus Blue Jackets.

In all, 526 games have been cancelled due to the lockout.

Commissioner Gary Bettman indicated that the 48-game schedule used during the lockout-shortened 1995 season is the shortest slate of games the league will consider for a season. During the 2005-05 lockout, a 28-game schedule was briefly considered before the season was cancelled. 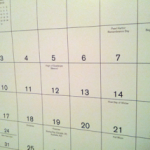 The 2012-13 National Hockey League season officially became the 2013 season on Thursday, as the league announced the cancellation of all games through January 14th.

With no end to the National Hockey League's lockout of its players in sight, the league cancelled games through December 14th on Friday. They also announced the cancellation of the 2013 All-Star Game, to have been hosted by the Columbus Blue Jackets.

The National Hockey League announced on Wednesday the cancellation of all of the league's preseason exhibition games through September 30.