Over at Winging it in Motown, J.J. posted a bit this morning on how blame for the NHL lockout shouldn’t be split evenly between the players and the owners. If you’re playing the blame game at all, I think it’s a pretty important read.

As J.J. says, the owners have told us they need the players to take a cut from the 57% of hockey related revenue that they currently receive.  They haven’t said anything about why, however.

Despite that, many in the media, blogosphere, and among fans seem willing to accept that demand.  They’re willing to go along with the idea that, even absent a reason for it, the owners are right to ask for that and it’s the players who are holding up the season by stubbornly not going along with it.

I’ve been getting hung up on that, because I don’t see how anyone can think the players are at fault when the owners haven’t been able to justify their demands.  I think the reason goes back to the last lockout.

In 2005, after a lost season, the NHLPA collapsed and gave in on virtually every (if not every) NHL demand.  Salary rollbacks, a salary cap…  All the things the PA said they’d never accept.

Fast-forward to today and it would be easy, looking ahead at the possibility of another lost season, to figure that the same result is in store.  If the only possible outcome is that the players give in again, it’s easy to blame them for not doing so sooner and saving the season. 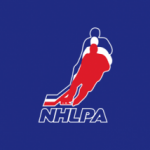 On the Fallacy of Lockout Business Analogies

This may not go over well given the slight bit of optimism surrounding the NHL lockout after the league's latest offer to the players but I think it still applies. I also started writing it on Christmas and then spent the next several days sick and left this unfinished, so I'm not going to let that delay stop me from putting an idea out there. 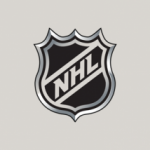