I don’t have any inside information on the negotiations between the NHL and the NHLPA on a new collective bargaining agreement.  I have opinions about how it should turn out, of course, but I’m not even concerned about that right now.

It’s August and we’ve hit the point of the summer where many fans are saying “I can’t wait for hockey to be back!”  Officially, the Red Wings kick off the regular season in 65 days.

What will happen if we see the league’s third lockout this fall?

Things are significantly different now than they were in 2004.  The league can’t hide the fact that, as whole, it is making money.  Yes, some of the individual teams are in trouble, but that (the NHLPA will argue) is less about how much money the league gets and more about how it is allocated.

Part of that money making comes from the creation of the Winter Classic.  The NHL now has it’s Super Bowl-like event.  In addition to being a money-maker, this year’s edition brings the prestige of likely breaking the world record for attendance at a hockey game.  Held at 109,901-seat Michigan Stadium – the third-largest stadium in the word – the expected sellout would set a virtually unbreakable record.

It’s the Winter Classic that makes me think we won’t lose an entire season this time around.  Call it optimistic (funny, considering I expect a lockout that will cost part of the season) but I don’t see the league sacrificing its chance to set the world attendance record or its prime TV spectacle.

So one option would be a season that starts on January 1 with the Winter Classic.  A season kickoff on the biggest stage.

I don’t know that it’s feasible to start the season with an outdoor game, though.  Weather may not cooperate, so it would also be setting things up for the league to fall flat on its face.

I would expect that the league would have a goal of getting the season started earlier..  My projected start date is November 23.

The day after US Thanksgiving would give the league a holiday to kick things off with all teams in action.  The Canadian teams could all be involved in night games while some US teams could have afternoon starts.

That gives just over a month until the Winter Classic, giving another marquee event for the league to take advantage of.  It also gives time for the players to get into better shape before taking on the outdoor game.

I don’t know if the CBA goals of the owners or the players will make any of this happen.  As I said, I don’t have any sources telling me any of this is likely.  It’s all speculation, much like most hockey writing in August.  Looking at the calendar and at NHL history, a Thanksgiving Weekend start wouldn’t surprise me. 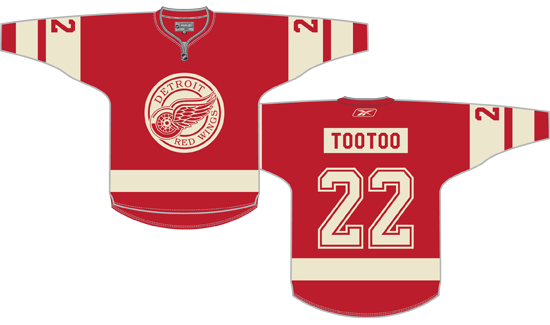 The Detroit Red Wings announced on Thursday that four members of the famous “Russian Five” will appear at the Alumni Showdown on December 31 at Comerica Park.

The Russian Five was the first group of five Soviet-trained players to play as a unit in the NHL.  Assembeled by coach Scotty Bowman – who will be behind the bench at the Alumni Showdown – in 1995, the line consisted of Sergei Fedorov, Igor Larionov, Vyacheslav Kozlov, Vladimir Konstantinov and Viacheslav Fetisov.

All but Kozlov will be at the outdoor game against alumni from the Toronto Maple Leafs.

Confirmed participants for the two teams are now as follows, with more to be announced: