The Detroit Red Wings announced on Thursday the cancellation of their annual prospect tournament at Traverse City’s Centre Ice Arena.

The tournament had been scheduled to begin on September 14, but with labor negotiations between the NHL and the NHLPA threatening to trigger a lockout on September 15, the decision was made to cancel the event.

“The Red Wings, the staff at Centre Ice Arena and the countless volunteers throughout the Traverse City area have worked hand-in-hand to develop one of the most popular and professionally operated prospects tournaments in all of hockey,” Detroit general manager Ken Holland said in a statement.

“Due to the uncertainty surrounding the collective bargaining agreement and the advance commitments required from the various parties including hotels, airlines, teams, players and their families, etc. we have determined that it is in everyone’s best interest to cancel this year’s tournament.”

The tournament is expected to return next season.

Detroit’s main camp, scheduled to begin on September 22, remains scheduled at this time.

The National Hockey League announced on Wednesday the cancellation of all of the league's preseason exhibition games through September 30.

The National Hockey league announced the cancellation of their November schedule on Friday. 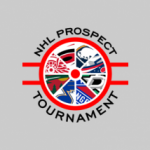