The Red Wings will be represented by goaltender Jimmy Howard and forward Pavel Datsyuk.

It will be Howard’s first All-Star appearance. In his third full NHL season, he has a league-leading 24 wins, with a .924 save percentage and a 2.05 goals-against average.

Datsyuk will make his second trip to the All-Star Game, having previously appeared in the 2004 contest. He was also selected to the 2009 roster but skipped the game with an injury. He currently leads the Red Wings in points with 43.

A notable omission from the roster is Red Wings captain Nicklas Lidstrom, who reportedly requested the weekend off.

The All-Star Game will be played on January 29, hosted by the Ottawa Senators.

The full list of selected players is as follows: 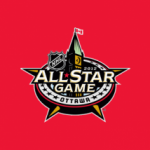 Three Detroit Red Wings will be on the ice at the start of the 2008 NHL All-Star Game, the league announced today.