My thanks go out to everyone who donated to DH.N over the last week in support of my data recovery efforts. I’m surprised and humbled by your support.

Unfortunately – and as I had somewhat expected – I can see that it won’t be enough. The cost of data recovery is just too high.

As such, I’m calling this fundraising effort closed and refunding the donations that were made.

I don’t see this as a bad thing, I’ve accepted that the data is probably lost and that I can live without it. As an experiment, I’m going to try and DIY it and I’m really excited about the chance to tinker a bit.

One of the reasons I’m willing to pull the plug on this so quickly is that there are two much more important fundraising efforts going on that right now that need support a lot more than I do.

The Production Line is leading the H2H2 pledge drive. As with last year’s event, the money raised goes to Children’s Hospital of Michigan.

Jen (@NHLhistorygirl) is raising money for SOAR. You can visit her fundraiser page at http://www.crowdrise…ndraiser/Team14.

Both of those are far more important than helping me get some files, so I recommend that anyone who was going to send money my way donate to either of those causes instead. I’ll be doing the same.

Thanks again for everyone’s support.

For those who may have missed it, the H2H3 fundraising pledge games begin today with the Red Wings visiting the Ottawa Senators. 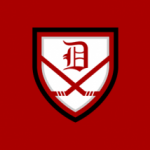 Request for Help from DH.N

I've been holding off on making this post for several days 'cause I feel awful about doing it.

To Canada and Back! : Running to Raise Money and Awareness for Special Hockey

I've decided that I am going to run across the board to Canada and back to raise money for the American Special Hockey Association.