Title stolen from Baroque over at A2Y.

So anyone who reads A2Y, Snipe Snipe, Dangle Dangle, or is multilingual and is a fan of Red Wings Brasil is already familiar with Guilherme, owner of the last of those blogs.

A longtime poster at A2Y, “Herm” has never been to the US, let alone to Detroit for a Wings game. The Chief wants to change that. The official Bring Herm to Hockeytown campaign is on.

The “19” from A2Y will be in attendance at the March 26th Wings – Wild game. If enough money can be raised, that will include Herm.

With the holidays upon us, I’m not asking anyone to make a donation. This time of year there are many more important causes being highlighted and I’m not trying to take anything away from those.

That said, if you’re interested in being a part of something fun and relatively unique, take a look. I’ve RSVPed for the game so there’ll be a DH.N contingent. Let me know if you’ll be there.

5th Time a Charm? Not in Detroit's Eyes…

"We've got to find a way to beat this team,"- Blues center Doug Weight.

It's a big day today with a lot going on surrounding Detroit's matchup with the Minnesota Wild. 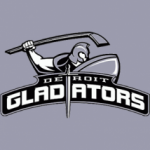 Detroit WHA Entry to be Known as "Gladiators"

Detroit's World Hockey Association franchise set to begin play this fall announced today that they will go by the name "Detroit Gladiators."