Red Wings’ free agent try-out Brett Sopel has signed a one-year deal with the Chicago Blackhawks. TSN.ca reports that the deal is worth $1.5 million.

The Red Wings had offered Sopel a deal before the defenseman took Chicago’s offer.

Detroit Red Wings center Pavel Datsyuk made good on his promise to sign elsewhere if the Red Wings did not make him an acceptable offer by Monday, announcing that he had agreed to a one-year deal with Avangard Omsk.

Just hours after making a splash with their signing of free agent defenseman Mike Green, the Red Wings landed another new player in forward Brad Richards. 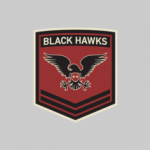 A Chicago Blackhawks What If Sweater Concept