The Detroit Red Wings announced on Saturday that they have agreed to terms with gritty forward Tomas Holmstrom on a three-year contract extension.

The 34-year-old Holmstrom is in his 11th season with the Red Wings. He has made a career of going to the edge of the crease to screen goalies, picking up rebound and tip-in goals along the way.

In his career, Holmstrom has claimed three Stanley Cups with Detroit, as well as an Olympic gold medal in 2006 with Team Sweden. 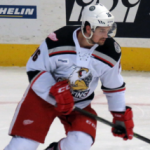 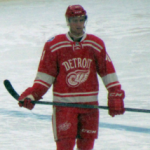