The Detroit Red Wings selected Czech Jakub Kindl with their first-round pick in Saturday’s NHL Entry Draft. At 19th overall, the defenseman for the OHL’s Kitchener Rangers was Detroit’s highest draft pick since they selected Martin Lapointe with the 10th overall pick in 1991.

Kindl was highly-touted last fall when he came to the OHL but his stock dropped when he had a bad first season in North America.

They shifted from a European defenseman to a local forward for their second pick, selecting Justin Abdelkader of Muskegon, Michigan, with the 42nd overall choice. A graduate of Mona Shores High School, the 18-year old played with Cedar Rapids of the USHL last season and will join Michigan State University this fall.

The Wings went back to Europe for their next two picks, selecting Christofer Lofberg of the SEL’s Djurgarden in the third round and fellow Swede Mattias Ritola of Leksand in the fourth.

The Detroit Red Wings had said they wanted to find forwards to add to their prospect stable in the 2013 NHL Entry Draft and they stuck to that plan on Sunday, with six of their eight selections playing one of the forward positions. 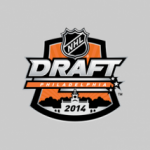