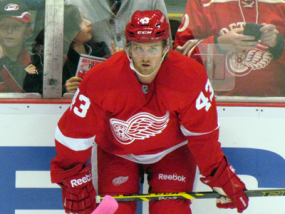 104
0
by Clark Rasmussen
In General News

He took a hometown discount so the AAV isn’t bad but I don’t like the signing in general.  Bringing back another bottom-six center who’s a stretch as a second-line winger doesn’t help the team.  It doesn’t matter that the term is terrible, the contract shouldn’t exist at all.

Just Don’t Screw It Up